I am a multi-dimensional being and I'm just starting to realize this.

In previous posts it shows the progression towards this understanding.

I related the Vedic terminology with the new age terms and said that ancient texts mention levels of evolved beings in different dimensions.

My Shaman, and someone else also I think, told me that you will realize that these highly evolved beings are you only, and then you will realize there is only you. I didn't understand these statements even though I believed them to be true, because it wasn't my experience. In Quantum physics it is now known that the 5th dimension transcends time, so in the 5th dimension the past, present, and future is one.

So for the first step, the realization is that the highly evolved state of my own soul co-exists with my current identity.
I went to see the movie "Interstellar". I believe these Hollywood movies are also influenced by higher consciousness to bring these concepts to us in digestible, story form, so we get familiar with them. In that movie when the protagonist, Cooper is in the black hole, he realizes that 'they', the evolved beings referred to in the movie all along, is himself in a future form. The android machine says that those beings created the scene he was experiencing in the black hole. Then Cooper says one important thing; he says that perhaps we have evolved to higher state of consciousness and in that dimension we transcends time and space. Therefore; that more evolved state co-exists with our current state and can interact with us. We think it's another being, a highly evolved being, but it our own self in a more evolved state! Perhaps in the future we will become light beings in a dimension that has access to all time, and be able to see our own past, the lesser evolved state.
In fact my past, eons ago, was also perhaps of an evolved state that concurrently exists with me today.
Right now I have a limited existence and live in terms of a linear scale of time and space. However; all my higher states of existence, which has transcended time and space, can co-exist with my current state. Therefore; I am a multi-dimensional being!

Now that makes me feel less fear of the unknown and of highly evolved beings. 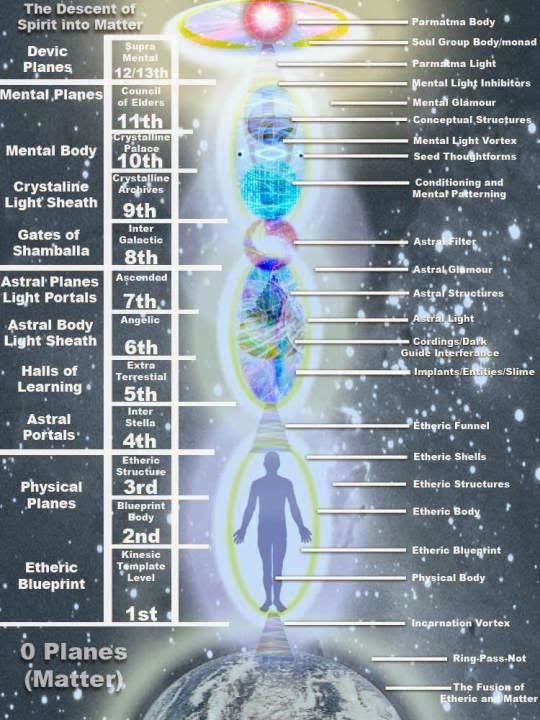